Can a herniated disc cause hamstring pain? What mechanisms in the spine can influence the hamstring muscles? Are there alternative explanations? These are all common and excellent questions that we receive regularly on this website, as well as on the other sites of The Cure Back Pain Network. Since this topic is of great interest to both patients and healthcare professionals, we decided to dedicate this essay to answering these questions once and for all.

The hamstrings consist of 3 important dorsal upper leg muscles, including the biceps femoris, semitendinosus and semimembranosus tissues.These strong muscles are often implicated in various injuries and pain syndromes which will greatly affect physical functionality in the lower body. When any of the hamstring muscles suffers pain, the others will typically suffer dysfunction, as well.

This important essay examines the role played by herniated discs in the creation, perpetuation and intensification of hamstring pain syndromes. We will also explore alternative explanations for common hamstring pain.

To put it simply, the hamstrings are the major muscle structures of the upper rear leg. They form an antagonistic pairing to the 6 anterior quads, consisting of the rectus femoris, vastus lateralis, vastus intermedius, vastus medialis, articularis genus and tensor vastus intermedius tissues.

The hamstrings play vital roles in moving the hip (providing extension) and the knee (providing flexion). Virtually all leg movement requires use of the hamstrings, including the most common tasks of standing, walking, running, climbing and jumping. Hamstring injuries are common to athletic individuals and can sideline the patient from strenuous exercise for extended timelines needed to accomplish full healing. Some hamstring injures tend to be recurrent and might even require surgical intervention in select cases. 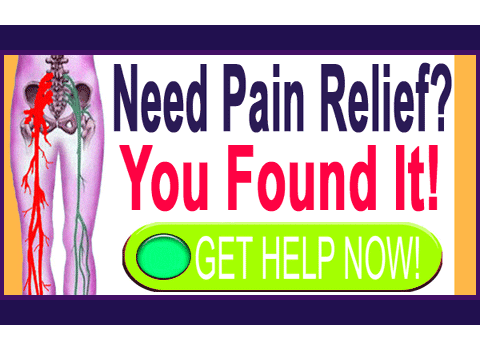 The muscles of the hamstrings are innervated by the . This is the same nerve that is implicated as the source of sciatica and pseudo-sciatica syndromes, which can include hamstring pain. Remember that the most common symptoms of sciatica include rear and outer side leg pain, so the hamstring muscles are actually involved in the location of most sciatic nerve expressions.

The sciatic nerve is composed of nerve roots from 5 spinal levels, including L4, L5, S1, S2 and S3. Of these, L5 and S1 are the locations that are potentially affected by the vast majority of herniated discs in the lumbar spine, which are also the most common type of herniations found anywhere in the vertebral column.

If a herniated disc compresses one or more of these sciatic nerve origins, either singly within the neural foraminal spaces, or en masse within the central canal or lateral recesses, then the disc might actually be responsible for causing sciatica and enacting subsequent hamstring pain and dysfunction. Remember that although nerve compression might take place within the spine, the effects will be expressed in the innervated area of the anatomy, which in the case of the lower lumbar and upper sacral nerve roots would definitively include the hamstring muscles.

Hamstring pain can be created by many other possible origins besides herniated discs, including any of the usual and unusual scenarios detailed below:

Hamstring pain can result from injury or scar tissue from past injury. Muscular, tendon and ligaments tears are all possible in the leg.

Muscular imbalances with the matched antagonistic pair of the quadriceps can result in pain in the front or rear of the leg, often expressed in the hamstrings.

Sacroiliac syndromes can cause radiating or referred pain in the upper posterior leg.

Piriformis syndrome is a common source of pseudo-sciatica and often affects the hamstring region.

Diabetes and other disease processes often affect the sciatic nerve, creating neuropathy in the legs or feet.

Ischemia often targets the muscles and tendons of the upper legs and is certainly one of the most common and least often diagnosed causes of pseudo-sciatica.

Patients are strongly cautioned that hamstring pain is often mistakenly attributed to incidental herniated discs where no evidence of neurological compression exists. Always seek multiple diagnostic opinions and perform adequate independent research if a herniated disc is implicated as the source of hamstring symptoms (or any symptoms for that matter), since evidence clearly shows that the vast majority of all lumbar herniations are not symptomatic in any way.