Disc pain is a misunderstood condition which supposedly affects hundreds of millions of people worldwide. Painful spinal disc conditions are typically blamed on either herniations or degeneration, although neither diagnosis is inherently symptomatic. Even when patients do experience actual structural pain, the herniation or deterioration might be the cause, but the disc almost never experiences pain itself.

The only exception to this rule is the theory of discogenic pain, in which symptoms are suspected of coming from the tiny nerves which serve the cartilaginous attachments of the discs to their respective vertebrae.

This article will simply define all the possible processes through which pain can be generated by a pathological disc condition.

The term painful disc makes it seem like the disc structure is actually suffering pain. This is not likely in virtually any scenario, since true discogenic pain is extremely rare and might not exist at all. The most common reasons for pain associated with a disc condition are:

A herniated disc might press on a spinal nerve root, causing a compressive neuropathy. This can cause short term pain and related neurological symptoms including weakness, numbness and tingling. When the disc compresses a nerve root in the neuroforamen opening, the condition is called foraminal stenosis. Continued nerve compression should cause objective numbness and eventual weakness in the area innervated by the constricted nerve. Chronic pain should not be a typical result in this scenario.

When a disc bulge compresses the actual spinal cord, widespread symptoms may exist virtually anywhere below the narrowed canal level. Symptoms may include pain, paresthesia, incontinence and the inability to stand or ambulate effectively. This scary condition is called spinal stenosis.

A ruptured disc might spill some irritating proteins into surrounding nerve tissue. This controversial diagnosis which is not proven to affect the majority of affected patients is called chemical radiculitis.

A patient with advanced degenerative disc disease might experience drastic spinal changes due to the arthritic processes. This typically results from increased vertebral contact and the growth of bone spurs, called osteophytes. DDD might contribute to some symptomatic cases of facet joint syndrome, as well. 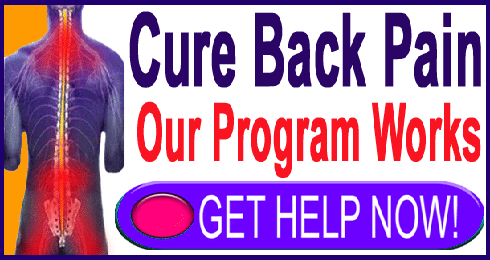 All these disc-related conditions might exist, but are rarely to blame for serious or ongoing chronic back pain. Most of the degenerative changes in the spine are completely normal and not harmful or painful at all. Some might cause mild symptoms in a small percentage of affected individuals.

It is rare for typical spinal degeneration to cause serious disc pain complaints. While DDD does aid the arthritic processes in the spine, these changes are simply part of getting older and are not inherently symptomatic.

Herniated discs are mostly a benign spinal occurrence and also seldom cause severe pain. Many go completely unnoticed and undiagnosed for years. Even painful sudden herniations, due to substantial trauma, typically resolve within 2 months time, with or without medical care. The chances of a herniated disc living up to its fearsome reputation and causing chronic back pain, for years at a time, is very low indeed. It can happen, but this represents the extreme exception to the rule; not the rule itself, as is the common misconception.

Remember, intervertebral discs do not have nerve endings or blood vessels and can not experience pain by themselves. The theory of discogenic pain is just that: a theory. Even when it does exist, the tiny nerves involved in regulating disc function are highly unlikely to create considerable pain or related neurological symptoms.

A great percentage of disc complaints are actually misdiagnosed. A herniated disc might exist in the area and take the blame for pain which it is not causing. DDD is also likely to exist and might be blamed instead. Once again, DDD is almost certainly innocent of creating serious symptoms.

If you take scapegoat disc herniation and degeneration off the table, it is clear that most chronic back and neck pain would have to be diagnosed as being idiopathic. Since no diagnosis could be made, then no treatment could be rendered. This would cost our medical system billions of dollars every year. While this solution does not seem to solve anything, it would prevent the utter epidemic of misdiagnosis. It would prevent wasting time, energy, hope and money with ineffective treatment and eventual unnecessary herniated disc surgery.