A herniated disc L5-S1 is a bulging or ruptured intervertebral structure located at the juncture between the lumbar spine and the sacral spine. This lumbosacral region is the location which endures the most intervertebral movement during our daily activities and is also the location of the most noticeable early lumbar degenerative disc disease.

Although many patients are diagnosed with a lower back and/or sciatica pain syndrome based on an L5/S1 pathology, this diagnosis is sometimes wrong, leading to the common occurrence of misdiagnosed herniated disc pain and years of wasted and inappropriate treatments.

This article will profile herniations and degeneration at L5/S1. Being that this is the most often affected spinal level in the human anatomy, we will also look at why many innocent disc abnormalities are mistakenly blamed for causing symptoms.

L5/S1 is the disc which separates the lumbar spinal region from the sacrum. It is also called the lumbosacral disc. This disc, along with L4/L5, bears the brunt of the forces imposed upon the spine during normal and extraordinary movement.

It is completely expected that people will demonstrate significant disc degeneration in these levels by the age of 30 and often, much younger. Lifestyle and genetics also come into play in determining how much degeneration will exist at any given age. Regardless, one thing is for sure: The structure of the spine has dealt with spinal degeneration in this region for countless millennia and has only recently begun to be blamed for causing the modern epidemic of back pain which seemed to completely elude our ancestors. If you search the ancient medical texts worldwide, there is little mention of chronic disc-related back pain in the historical record.

The L5/S1 intervertebral level is theorized to be implicated in painful symptomologies through the processes of foraminal stenosis, also called pinched nerves, and spinal stenosis. It is crucial to remember that at this intervertebral level, the spinal cord is not in existence, but instead, has already separated into the individual nerve structures of the cauda equina. 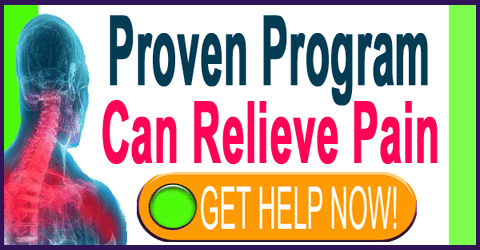 It is certainly possible for herniated discs to cause pain through these processes, but these events are obvious and not open to the subjective interpretation and speculation involved in 95% of diagnosed pain syndromes. In essence, verifiable neurological tissue compression can be positively identified, while speculative nerve involvement is just theorized.

In reality, most herniations do not impinge upon anything which is inherently painful, or encroach on any space which needs to be fully preserved. This includes the incredibly common diagnostic terms of impinging on the thecal sac, narrowing the foraminal space or possibly effacing the L5 or S1 nerve root.

Clinical experience and medical research has conclusively shown that these events often coincidental to symptoms are not the real reasons for most lower back and sciatica pain conditions. The bottom line states that disc abnormalities at L5/S1 are incredibly commonplace, but usually do not demonstrate the ability to cause pain, since they do not definitively influence a nerve structure.

The L5/S1 level often herniates. It endures so much trauma in doing the most normal things and it is well documented that disc degeneration facilitates herniations. To be diagnosed with a disc condition at L5/S1 should never be a shock; it should instead be an expectation.

Learn the facts about herniated discs and stop blaming this diagnosis for chronic pain, unless a positive pathological process can be confirmed without doubt.

If a herniated disc L5-S1 was the actual symptomatic source, you would know it for sure and the doctor would be able to successfully treat the condition easily, even if it meant using an invasive procedure. This does not represent your experience, now does it? No, I did not think so. Mine either.

Instead, we have blamed this disc for our pain, despite the fact that a variety of treatments have failed. This is due to one simple and irrefutable fact. In many patients, the diagnosis is wrong.