A herniated disc in the upper back is not a typical diagnostic finding, since the upper thoracic spine is so very strong and stable. The discs in the middle and upper back regions do not endure the same degree of abuse as those located in the more mobile areas of the vertebral column. However, extreme trauma to this region can cause a variety of muscular and spinal injuries, including bulging or herniated discs, in rare circumstances.

This resource section will explore the incidence of thoracic disc pathologies and will discuss why herniated discs in the upper back are unlikely to be sourced from the usual spinal aging processes.


Herniated Disc in the Upper Back Causes

The upper thoracic spine is not subject to the constant vertebral movement imposed upon the cervical and lumbar regions. Therefore, the thoracic region is less likely to suffer spinal osteoarthritis and degenerative disc disease than the more mobile areas of the spinal column. This fact makes herniated discs, which are caused by degenerative changes, far less likely to occur in the upper and middle back regions.

Direct trauma to the upper back can still cause a thoracic herniated disc to occur. While the upper spinal column is strong and structurally resilient, it can not accept unlimited force without being damaged. Car accidents, severe falls and some sports accidents might create the ideal circumstances for an upper back injury to occur. Luckily, even in the worst case scenario, in which a thoracic disc suffers a herniation, the condition is likely to heal 100%, even if no treatment is provided.

Best of all, the thoracic spine generally recuperates even faster than other spinal regions, since it is not put under inordinate stress during the healing process.

Herniated Disc in the Upper Back Topics

Below are discussions focused on explaining thoracic disc pathologies:

Herniated discs in the middle back are even less common than herniations in the upper thoracic region.

Thoracic herniated disc surgery is the least common of all location-specific intervertebral operations, but still comes in many procedural variations and levels of invasiveness.

Thoracic herniated disc injury is the primary reason why herniations occur in the upper and middle back regions.

Thoracic herniation pinched nerves might occur when a nerve root is compressed within the foraminal space or extraforaminally.

Thoracic herniated disc exercises might seem like a strange recommendation, but exercise can be very effective for relieving symptoms. 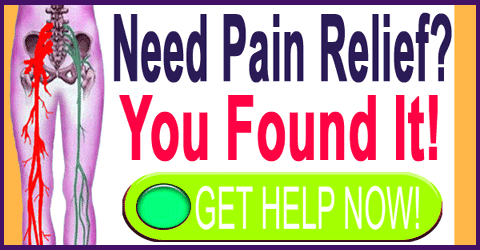 Herniated Disc in the Upper Back Symptoms

Upper back injuries often entail pain in the middle spinal area and radiating pain in between the shoulder blades. Most upper back pain syndromes involve the muscles, tendons and ligaments in the back, not the actual spinal structures. All of these types of injuries can be painful and debilitating; preventing full usage of the shoulders, arms and hands. Some of these pain syndromes can even affect the movement of the neck and head.

Herniated discs in the thoracic region might be acutely painful when they first occur, although this discomfort might be identical to virtually any other upper back injury. It is important to get a complete medical exam, if you suspect a spinal disc or vertebra has been injured. An MRI or CT scan will be able to diagnose the exact location and severity of damage to any spinal structures.

Radiating pain in the shoulders, lower back, arms, hands, neck or head will typically indicate neurological involvement, but this does not always indicate the presence of a herniated disc. General inflammation from any injury can affect the nerves in the upper back, as can the enigmatic occurrence of ischemia upper back pain.

Herniated Disc in the Upper Back Help

Chronic upper back pain is a rare event which rarely affects patients due to minor structural changes, but may instead be caused by a psychosomatic back pain condition. It would take severe and permanent spinal damage to enact a lasting painful condition in the upper back area. While this does occur in rare instances, it is certainly not characteristic of the common complaint of persistent upper back pain which does not correlate to specific structural damage.

Persistent mindbody symptoms are more often caused by an oxygen deprivation syndrome and can endure despite treatment for many years. If you have treatment resistant thoracic agony, I highly recommend considering knowledge therapy as a possible solution to your pain problem. This therapy works very well to get to the actual source of symptoms and can succeed time and time again when traditional medical or complementary medical modalities have failed.

Of course, if you have a known anatomical defect in the thoracic spine, such as a serious herniation known to be causing spinal or foraminal stenosis, then this advice will not prove helpful. In these circumstances, investigate indicated therapy options with your neurologist and always focus on finding a solution which will resolve the structural issue responsible for causing the pain, rather than simply treating the pain itself.