Herniated disc upper back pain is a seldom seen condition, compared to neck pain or lower back pain, since the spinal discs in the upper thoracic area are not subject to the same degeneration and stress as those in the more mobile regions of the spine.

Herniated discs which occur in the upper back are usually due to considerable trauma, such as a car accident, and might create pain for several weeks. However, chronic symptoms are not the usual pain profile, since like the old saying says: Time heals all wounds. Being that these thoracic levels are protective and stable in most patients with typical anatomies, even problematic disc issues will have the perfect environment in which to heal, even after considerable traumatic damage.

This dialog will detail the link between upper back symptoms and thoracic herniations. We will discuss why disc pathologies are rare in the upper back and chronic pain is rarer still.

Severe upper back injury will likely damage many tissues and cause considerable pain. An injured disc might create dull pain or ﻿burning hot﻿ agony when the injury is fresh. Regardless, many disc bulges will calm down in a relatively short time frame, with most patients noticing real relief within 2 to 8 weeks. It is important to understand the healing process and be patient, so that the injury can resolve without the detrimental nocebo effect creating a protracted symptomology.

Patients who fear a long-term pain condition typically end up suffering from one, while patients who understand the facts about herniated discs usually get better rather quickly. As previously mentioned, after injury, the area will usually provide a safe haven for disc damage to heal, since the thoracic region is not mobilized to the same degree as the neck or low back.

If an injured patient is frightened into believing they have been permanently damaged by their experience, the stage is already set for perennial suffering. Doctors must be very careful about how they approach disc care, since an injured patient is particularly susceptible to the psychoemotional affects of the nocebo. 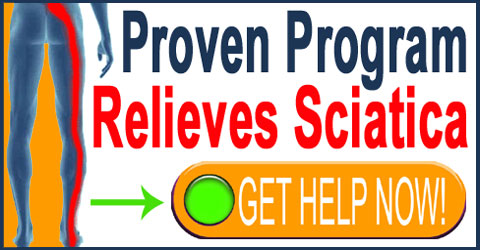 Patients who have been injured in an accident, which will eventually lead to legal litigation, also demonstrate longer duration pain, statistically. Often, this occurrence is blamed on the secondary gain theory resulting from possible financial benefits due to the injury.

Remember to consider both of these possibilities if you can’t seem to shake off the effects of a traumatic upper back injury. This is especially important if you demonstrate a significant herniation in the upper back, but no definitive neurological impairment.

The upper back is the one spinal area not overly stressed during day to day life. It is not bent or flexed as often as the neck or low back and is designed to add support and fortification to the torso. It is a very sturdy structure indeed. Herniated intervertebral discs which occur here might very rarely be due to normal degenerative changes, but are far more likely to exist due to sudden injury. While these injuries can cause severe or even extreme short duration pain, they should resolve without drastic medical attention.

Remember, the body is designed to heal. If you get caught up in a chronic upper back pain condition, which is blamed on a herniated disc, consider the facts of the condition carefully and be sure to seek clinical correlation of symptoms from a spinal neurology professional.

While it is possible for upper back disc prolapse conditions to enact lasting pain, it is very rare. On the counterpoint, when these herniations impinge on the central canal and compress the spinal cord, symptoms may be expressed far below the actual injury. Low back and sciatica symptoms may occur in such scenarios. Be aware of this possibility if these related symptoms have been blamed previously on coincidental lumbar disc degeneration and/or herniation.