Lateral recess stenosis, also called subarticular stenosis, is a condition that is very closely related to neuroforaminal stenosis in its presentation and symptomology, but differs in the exact anatomical area where the nerve is actually compressed. Like foraminal stenosis, the lateral recess variety of stenotic change can be caused by many different structural reasons in the spinal anatomy. One of the most common of these causations is a herniated disc.

Disc-related subarticular stenosis can be diagnosed positively using advanced imaging techniques, such as MRI or CT scan. However, just because the lateral recess is narrowed does not mean that symptoms will definitely occur. In fact, reduction of the patency of the lateral recess canals is a normal part of aging and rarely leads to any symptomatic expression whatsoever.

This dialog focuses on explaining stenosis of the lateral recess anatomy in the vertebral column. We will detail how herniated discs figure into many symptomatic and asymptomatic forms of subarticular stenosis, as well as provide some important facts for patients who are diagnosed with a reduction in patency of the lateral recess unilaterally or bilaterally. Need to know more about lateral recess stenosis in language you can understand? You are in the right place.

The lateral recess describes the approach to the neuroforaminal opening. This is the pathway traversed by each spinal nerve root as it separates off the spinal cord (or cauda equina) and seeks to exit from the spine to innervate its respective body location.

Spinal nerve roots branch off the spinal cord at each vertebral level. Eventually these nerves form the entire network of tissues that provide motor, sensory and autonomic signals to most of the anatomy. However, in order to accomplish this vital function, the nerve roots must first leave the spinal column without suffering impingement.

In subarticular stenosis, the nerve root passes through an area of the spine that has been narrowed to due to many possible scenarios. Common causes of subarticular narrowing include the typical arthritic changes associated with aging, atypical spinal curvatures in the side-to side or front-to-back planes, vertebral listhesis events, spinal joint hypertrophy and of course, the subject of this essay, herniated discs.

Herniated disc-related lateral stenosis is virtually always caused by a large unilateral paramedial protrusion. In rare cases, subarticular narrowing may also be caused by a central herniated disc, especially in the presence of other degenerative changes that have already decreased the patency of the lateral recess and central canal spaces.

To simplify our definition, just imagine a tunnel with a nerve running through it. When the tunnel begins to close up due to pressure from a herniated disc, this is called lateral stenosis. This is not an inherently symptomatic process.

As mentioned directly above, loss of patency in the lateral recess is not necessarily a painful scenario. The space is more than large enough to allow a moderate amount of stenosis to occur without ever affecting the viability of the sensitive nerves that are contained within this anatomical space.

However, if the nerve has less then the minimum space needed for it to function correctly, then symptoms might develop. When this occurs, the diagnosis is a compressive neuropathy, also common known as a pinched nerve.

The symptoms of a pinched nerve are often misunderstood, since many cases of continuing chronic pain are blamed on this very condition. However, clinical research has definitively shown that true pinched nerves will not cause pain for very long, if at all. Instead, if a spinal nerve root is actually structurally compressed, it will stop providing neurological feedback completely. The resulting symptoms will include tingling, followed by objective numbness in the parts of the body innervated by the compressed nerve tissue. Finally, weakness of these same body parts might occur within days or weeks time.

Long-term pain is not the expected symptomology for a compressive neuropathy, yet it is unfairly blamed on this exact diagnosis, often illogically and without definitive proof of actual compression in millions of patients. In fact, this diagnosis is responsible for more herniated disc surgeries than any other. Is there any doubt why so many of these procedures fail to provide satisfying outcomes, given the lack of logic demonstrated by the diagnosis?

To summarize: Yes, severe subarticular stenosis can compress a nerve and might cause some pain locally for a short duration, followed by paresthesia and weakness of innervated anatomical targets. However, when symptoms deviate from this expected pattern, then there is often something incorrect about the diagnosis. In essence, even when lateral stenosis is present; it may not be the underlying cause of symptoms. 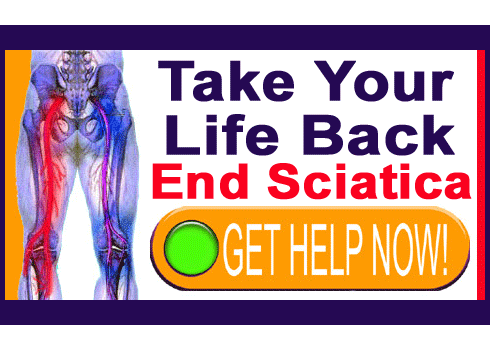 Subarticular stenosis is normal to experience as we get older, just like the narrowing of the neuroforaminal spaces and the central vertebral canal. Virtually all adults will demonstrate areas of focal stenosis as they get older and this process will continue to worsen for life.

The mid to low cervical and lower lumbar regions always demonstrate the most marked stenosis of any spinal zones, since these are the regions most affected by age, activity and the possibility for injury. Being diagnosed with any type of lateral recess stenosis in these areas should never come as a surprise for anyone over age 50 and is also quite normal for younger people who have participated in certain activities that increase the rate of stenosis or people who demonstrate a congenital or genetic propensity towards less patent spinal canals.

In order to best evaluate any lateral recess stenosis condition, we recommend seeking a consultation with a spinal neurologist who can perform nerve conduction testing and accurately correlate symptoms in their respective bodily locations. This process has the best chance of providing an accurate diagnosis of the true cause of symptoms, or at least, minimizing the chances of coincidental subarticular stenosis being blamed for creating pain that is actually enacted by some other unrelated source.