Herniated disc research studies provide vast amounts of valuable data which can be used to improve the lives of back and neck pain sufferers. Clinical research is used to better understand the processes through which discs can cause pain. Studies are also used to determine the effectiveness of many possible treatment options. Unfortunately, clinical research is typically funded by the companies involved in treating back or neck symptoms using drugs, surgery or orthotic devices. It is no surprise that the economic motivation behind this research has skewed the results in many large studies.

This critical essay provides news and warnings on the latest research evidence relating to intervertebral herniations in the human spine.

Every drug manufacturer, surgical device manufacturer and orthotic supplier has research which supports their product or service as the best method of dealing with a herniated disc. These studies typically extol the virtues of some glorified treatment or product and how it will improve the prognosis for any patient suffering with disc pain.

If the results of these studies are true, then how come diagnosed disc pain is on the rise? How come herniated discs have such fearsome reputations, if the condition responds so well to a particular treatment method? How come the majority of patients with back pain, which lasts longer than a year, never truly recover?

I doubt that these companies have any valid answers for any of these pertinent questions. It is for this very reason that The Cure Back Pain Network began to develop our own herniated disc research methods using the real firsthand experiences of our readers.

Virtually all corporate research projects have one thing in common. They all assume that herniated discs are indeed always a source of pain, while independent and far more enlightened research has already proven otherwise.

The facts about herniated discs show that many are completely asymptomatic and the rest usually heal, without any special care, in a matter of weeks. The overwhelming percentage of patients who do experience persistent back pain, linked to a herniated disc, have actually often been misdiagnosed.

If you are supposing that pain is the result of a bulging disc, when all long it is actually due to a completely different causation, then the only explanation for the success of any physical treatment, product or service is the placebo effect. When a placebo is involved, it is very easy to manipulate the results of a research study to show whatever it is you are trying to prove. All it takes is some simple psychological manipulation and the results will be astounding.

Now, on the other hand, there are a wide range of research studies being done to prove that herniated discs are not the cause of lasting pain in the majority of patients. These studies are not being done to market or sell a product or service, but instead to wake people up to the realities of disc conditions and provide a much needed objective scientific process into the healthcare research industry. 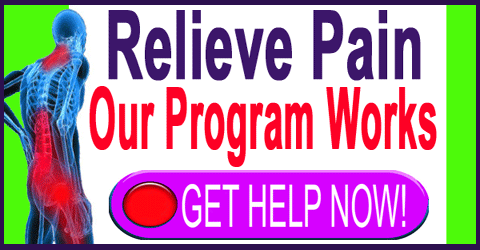 A major European herniated disc research study was completed which clearly followed the progress of a large group of patients who complained of severe back pain. Patients who basically ignored their pain, or did nothing special for it, got better faster and recovered far better than those who sought any type of medical or complementary treatment.

This is remarkable evidence supporting the psychosomatic nature of many dorsopathy conditions, as well as the high incidence of the nocebo effect in the medical system. It seems that the idea of seeking care caused the symptoms to worsen and endure, when the idea of simply not worrying about them caused the pain to dissipate.

Dr. Sarno is famous for his study involving a series of patients who all had confirmed herniated discs. These patients had all received diagnoses leading them to believe that all their pain was the direct result of these disc conditions. Despite failed attempts at using physical medical treatment to cure their pain, including a few unsuccessful surgeries, these patients enjoyed amazing success using a less evolved version of Dr. Sarno’s current therapy program.

In fact, 88% became completely pain free without any medical treatment and 10% became far less symptomatic and more functional after knowledge therapy. Only 2% were unsuccessful at treating their pain and Dr. Sarno acknowledges that these individuals had certain rare and particularly troubling psychological issues which would require psychotherapy to help them overcome. Remember, nothing changed in the anatomy of these patients. The only changes were enacted in how the cause of their pain was perceived.\With statistics like these, it is just very difficult to take the much maligned spinal disc seriously as the primary source of chronic pain in most patients.

I always advise patients to do their own research before agreeing to any herniated disc treatment and especially any surgery. It seems that knowledge therapy should be the first choice for most people, but unfortunately, that is simply not the case.

No, in fact, most patients are led blindly down the path of many failed medical treatments, and possibly even a failed surgical procedure, before their desperation brings them back around to discover knowledge therapy. Using this simple method, they generally can banish their pain and recover completely, using tools no more sophisticated than a book or two.

The cost is very low or completely free at your local library. There is no risk. So, what makes patients consistently choose the difficult and often fruitless path dictated by their care providers? Maybe you can tell me, for I still wonder about that every day of my life.

While I see the validity of alternate therapies, like knowledge therapy, I must say that they are not universally effective. A small number of patients require medical care, including surgery in extreme cases. Other patients simply do not respond to virtually any treatment. These are the saddest cases of all.

Just remember to consider the source of any herniated disc research, since objectivity is virtually always lacking in any corporate-sponsored project. A few studies actually begin with pre-arranged conclusions and simply do whatever is necessary to provide evidence of said conclusion in order to sell a product or service.